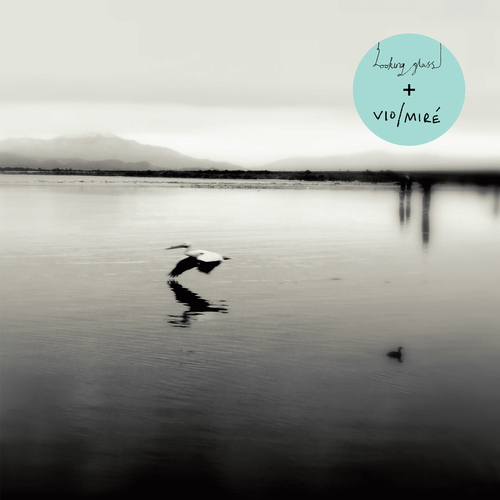 Jim Wallis is Looking Glass. The drummer for rising UK band My Sad Captains, Wallis has pursued Looking Glass to great acclaim having released the eight-track mini-album ‘Fish Fowl Flood’ in October 2009 before returning with the four-track EP ‘The First Real Target in August 2010’. The releases gained heavy support on BBC Radio 2 and 6 Music with airplay from Lauren Laverne, Marc Riley, Steve Lamacq, Gideon Coe, Tom Robinson, and John Hillcock. Their third physical release leads with ‘Infinite Wisdom’ - a beautiful slow-burner that builds to a cello and drum led crescendo half way through demanding endless repeats. Recalling close friends Fanfarlo and underground emotronic and folk heroes The Promise Ring and Bill Callahan, Wallis’ tracks give notice that Looking Glass won’t remain a side project for long.

Listen to the full Release: http://soundcloud.com/tip-top-recordings/sets/looking-glass-vio-mir/

“Nothing less than a stripped down Sufjan Stevens…Wallis will be worth watching out for.” Americana UK

“Vio/Mire has something of the tender and exposed emotional air of Conor Oberst about it.” Folk Radio UK

“Brendan Glasson will be as precious this year, for me and for others as well, as Elliott Smith was fifteen years ago. It is so shivering, beyond reasons.” Derives

“Vio/Mire’s music is some of the purest, focused and instantly beautiful folk. Moments that now and then recall Surfjan Stevens in an acoustical folk-baroque kind of way. Others where I’m reminded of the Bon Iver album. Vio/Mire keep sounding like themselves and this expertly played balancing act is what excited me about them from the get go.” Minor Progression