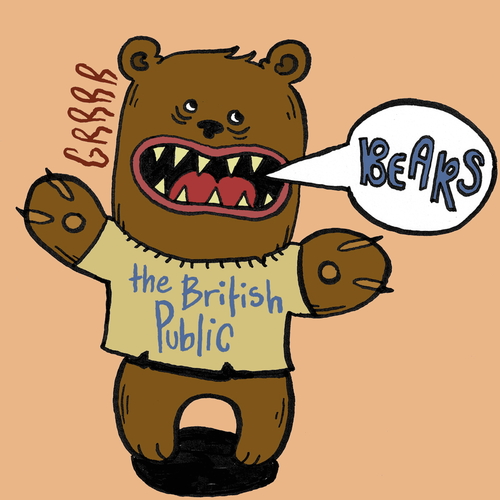 GET A FREE DOWNLOAD OF THIS RELEASE WHEN YOU BUY IT ON VINYL : Just add both the vinyl and the mp3 or wav to your basket and we'll do the rest.


The British Public’s debut double A side single ‘Breasts/Bears’ is a celebration of British peculiarity in all its guises through the medium of perfect, quirky rock.

‘Breasts’ and ‘Bears’ are the first tracks taken from the upcoming self-tilted debut album, on beautiful limited-edition 7”.

A rollicking ride down a British high-street ‘Breasts’ is a little fire-cracker single to light up winter with warm brass and a heavy dose of nostalgia while ‘Bears’ swirls together lyrical tongue twisters in to a rumbling shoe-gazer that creeps up and sticks claws deep in to the skin.

Limited to just 250 copies it's something for the bears to hug or even fight over.