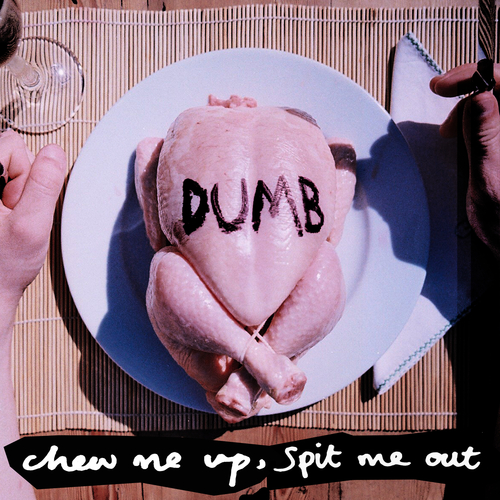 Chew Me Up, Spit Me Out

Dumb - Chew Me Up, Spit Me Out

Dumb's debut EP 'Chew Me Up, Spit Me Out' will be released August 18th via Tip Top/One Beat on 12" vinyl limited to 300 worldwide.

Dumb spit out a bold and brash combination of self-assured swagger, slick melodies and infectious hooks, topped by Dylan Williams’ rasping vocal tones, influenced by Pavement, Built to Spill and The Cribs, the band have emerged with a transatlantic, guitar-heavy sound that’s already caught the attention of NME and BBC Radio 1.

"Despite their cumulative youth, their sound’s brash mix of the swirling guitars and garage-ready rhythms displays a maturity that belies their lack of life experience." Consequence of Sound